What would power look like if it was art?

At the beginning of its life, The Shipyard confounded the logic of Berkeley Building Department, by falling in love with the flexibility and durability of the shipping container. Unfortunately, in Berkeley’s eyes, the shipping containers the artists favored as architecture were not considered proper building material. This innocent misunderstanding prompted the city to turn off power to the facility. Berkeley being in the dark as to the renegade gang that occupied The Shipyard, did not realize the avalanche of creativity and power hacking they instigated by pulling the plug. The artists, scientists, gearheads, and junkyard enthusiasts, promptly started making their own power and ran the facility off-grid for five years.

A seemingly innocent bureaucratic maneuver by the city of Berkeley set off a chain reaction, which has lead to a group of artists who are incorporating power as another viable medium of art.  A key question has formed around here: “What would power look like if it was art?” Steam and Biomass become mediums for exploring power in all its sensual and artistic dimensions.

Out of this new creative power hacking, a new entity has emerged, ALL Power Labs,  an alternative energy venture by those same artists, scientists, gearheads, and junkyard enthusiasts. Predominately distributing tools for open-source energy, which include the Gasifier Experimenter Kits (GEKTM).

The Shipyard like many of the other Bay Area Container camps (American Steel, NIMBY, and The Boxshop) continues to be a wonderful mash-up of unlikely things.  It is an asset to the Burning Man culture, something to be treasured and supported. 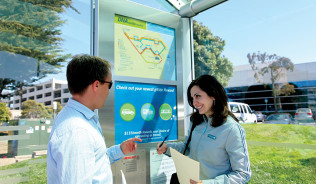 Working in collaboration with Genentech's gRide program coordinators I developed several forms of their DNA Shuttle map.  The DNA shuttle is the on ... 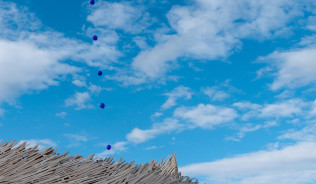 Drawing its inspiration from canyons carved by wind and water over time, the Temple of Flux (2010) was commissioned by Burning Man for their ... 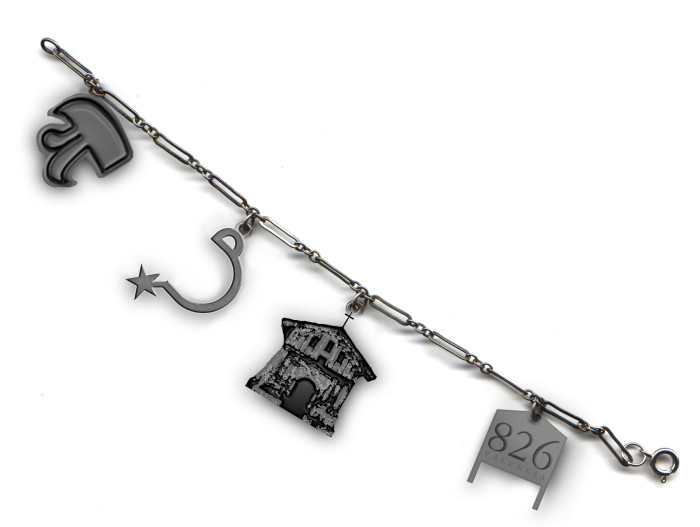 Charmed was commissioned for the show Souvenir. A show rethinking the souvenir for locals. Charmed is a classic charm bracelet created for the San ...